In A Foreign Field 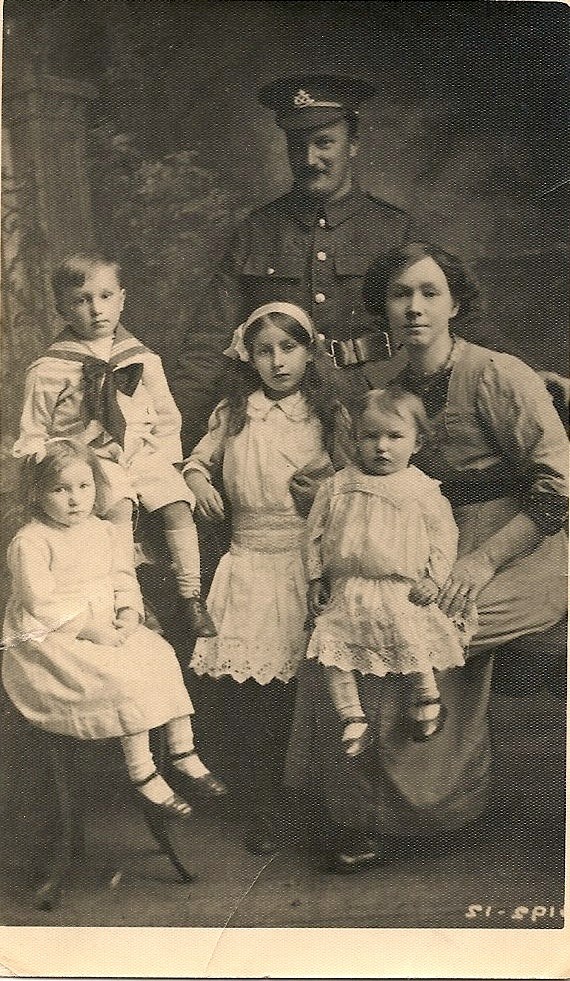 I went to another funeral last week. The third this year. It was my Great Aunt Ivy's. She was ninety-six and had an eventful life, part of which was full of fun and adventures. She visited relatives in Rhodesia and got up close and personal with lions. She travelled quite extensively in Europe and when at home regularly got tipsy on her home-brewed sherry and wine. She didn't put milk in her coffee, but Bailey's Irish Cream instead. She also loved barley wine and said to my uncle once that she wanted her coffin to be full of it. Her grandsons did the next best thing and after taking it in turns to talk about her life, toasted her with cans of Gold Label. It was a lovely service last Friday, all planned by Ivy twenty years previously. There was lots of her favourite music and the crematorium was one of the nicest I've ever been to (Sandwell Valley). During the service a lone magpie strutted around on the grass outside, soon joined by its mate. They sat in a tree with copper leaves for a while and as the curtains closed around the coffin, off they flew together. I liked to think it was Ivy and her late husband, Jack. Ivy had a tough life at times. She had five children in five years during the war and survived cancer twice, going through very crude radiotherapy treatment many years before it became more commonplace.

Great Aunt Ivy isn't in the photo above, as she wasn't yet born, but my grandmother, Edna, Ivy's sister is sitting on their mother's knee. Gertie is sitting on the left with their brother, Frank behind and Ada in the middle. Their father, William Francis Page stands behind his family, dressed in his First World War uniform. He volunteered in 1916 at the age of 31. He was a slaughterman by profession. He was at The Battle of The Somme, was gassed and invalided out of the army. Apparently, he suffered poor health from his damaged lungs for the rest of his life and never really worked again.

At Great Aunt Ivy's funeral in West Bromwich, I met several family members I hadn't met before, including Ivy's son, Brian who is also tracing our family tree. A few days later Brian emailed me a copy of Great Grandad Page's sign up papers for World War One. I was able to print off a copy as well as a copy of the photo above and Megan took them to school to show her History teacher, as they're currently studying World War One. They are now part of the classroom display and Megan got a Merit!

Talking of World War 1, did anyone see the wonderful programme about the poets of the Somme last week? Our English teacher made us study them for 'O' Level and I was so glad he did. The programme has made me want to revisit the poetry of Siegfried Sassoon, Wilfred Owen and Robert Graves, as well as acquainting myself with other poets of the time like David Jones and W N Hodgson.

In other news... I entered the first 3000 words of my novel and synopsis in the ITV This Morning Novel Competition last week. There will be thousands of entries so I'm not holding my breath. I also sent the first fifty pages and synopsis to another agent. I entered three stories in the HE Bates Competition, one in Write Invite's 1000 word competition and one in the monthly Greenacre Writers Competition. I entered a flash story in the Writers' Bureau Competition, too. Now I have to work on some new stuff for the competitions closing at the end of this month. I submitted a new story to one of the womags last week as well, but was told they have a backlog, so I'll have to be patient.

Finally, a writer friend and I thought it would be an excellent idea if short story competition organisers mentioned how many entries they received when they publish the shortlist. It's one thing being one of ten shortlisted out of 300 or 3000 entries, but quite a different thing when they were only twenty entries in total. What do you think?
Posted by Jo at 09:07 3 comments:

From Autumn to Winter

I've definitely felt the shift from autumn to winter this week. Maybe it's because of the first few frosts and fog. Or the fact that it's suddenly gone much colder. My body has also been telling me it's time to start feeding up and storing fat in preparation for winter shortages. I don't think our bodies realise it's the 21st century and such shortages are a thing of the past. I've had the urge to scoff warming stews, soups and have been craving sugar. Not great when you're trying to lose a few pounds. This hasn't been helped by supermarkets stocking wonderful Christmas treats.

I had a week off blogging and writing generally during half term week. My aunt came to stay and we had a wonderfully relaxing time with some retail therapy thrown in for good measure. It was also my youngest child, Megan's birthday. She was thirteen, so I'm now the proud mum of not one, but two teenagers. She had a bowling party followed by a meal out on the day, then a clothes shopping expedition when she spent most of her birthday money.

I found it very difficult to get back into writing again this week. A week last Friday I entered four competitions ending 31st October and this week I typed up some old Write Invite entries with a view to expanding them into fully fledged short stories. There are a couple of competitions I want to enter in the next week and I've been working out which stories would fit them best.

I sent the first thirty pages of my novel and a synopsis to Tom Witcomb at Blake Friedmann back in July, having pitched to him at The Harrogate Crime Writers Festival. I hadn't heard from him, so thought that was the end of that. Full of self-doubt, as usual, I decided to put the novel on one side and focus on short stories. Anyway, I was very surprised to receive a most encouraging email from Tom this week: 'Firstly, my apologies for holding onto your work for so long - it is an unfortunate, yet unavoidable consequence of making tough decisions on projects which you’ve enjoyed greatly. I’m afraid that in my final decision, I’ve decided not to take your project any further. I wish you the best of luck in your endeavours to find a suitable agent and look forward to hearing news of your success.
With good wishes, Tom'

Not a bad rejection, is it? I was encouraged by it, anyway. Encouraged enough to consider submitting to another agent, which I'll do next week. I've given the synopsis a tweak in the meantime. I've also had wonderful encouragement and support from the lovely crime writer, Eva Dolan, who I also met at Harrogate.

I've had more good news in the past week or so. I've been shortlisted in Flash500, shortlisted in the October Greenacre Writers Competition and was longlisted in Word Hut.

I also submitted another story to The People's Friend this week. Wish me luck!